There’s an Art to Telling Your Brand’s Story: 4 Ways to Get It Right 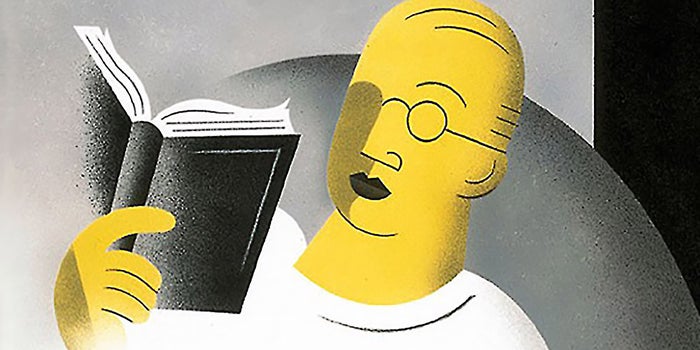 First, let’s talk about that word story. It’s one I find impossibly squishy in a business context. For me, it can conjure up performance art more than industry.

But storytelling as it applies to business isn’t about spinning a yarn or fairy tale. Rather, it’s about how your products or services exist in the world. It’s who you are and what you do for others–how you add value to people’s lives, ease their troubles, meet their needs. A compelling brand story gives your audience a way to connect with you, one person to another, and to view your business as what it is: a living, breathing entity run by real people offering real value.

In that way, your content is not “storytelling” at all–it’s simply telling what’s true, and telling it well. So how do you pull stories out of your organization and tell them in a way that relates to your customer? Let’s start with a few characteristics of a compelling story:

It’s true. Make truth the cornerstone of everything you create. Your marketing content should feature real people, real situations, genuine emotions and facts. As much as possible, it should show, not tell. It should explain–in terms people can relate to–how your company adds value to the lives of your customers.

It’s human. Even if your company sells to other companies, focus on how your products or services touch the lives of actual people. By the way, when writing about people, follow this rule: Be specific enough to be believable and universal enough to be relevant. (That’s a gem from my journalism-school days.)

It’s original. Your story should offer a fresh perspective: What’s interesting about your company? Why is it important?

It serves the customer. I’ve read many brand stories that were badly produced or just flat-out boring, and came off feeling corporate-centric and indulgent. According to writing teacher Don Murray: “The reader doesn’t turn the page because of a hunger to applaud.” In today’s marketing context, that applies to anything you produce: video, audio, slideshows.

Armed with these fundamentals, ask yourself some questions:

Here are two companies that recently told their true, human, customer-centric stories in an original way.

In January, technology firm HubSpot produced its “2013 Year in Review.” Created with a tool called Uberflip, the online report reads more like an issue of People than a business-to-business production. Magazine “sections” include financial information, stories on charitable efforts and event wrap-ups. Data is presented in an eye-catching way–more infographic than spreadsheet. Candid photos of new hires and staff “stars” get celebrity treatment in a lighthearted section called “They’re just like us!” (“They play with their dogs!” “They take selfies!”)

Why it works: HubSpot could have produced a static e-book or PowerPoint deck. But by using analogy–borrowing a page (so to speak) from consumer magazines–the company breaks new ground.

Idea you can steal: What’s standard in another industry may be new to yours. Look to other parts of your life for inspiration and take an approach that is unique to your market.

Each year, privately held eyewear retailer Warby Parker reimagines the traditionally boring annual report into something new, and in doing so tells a bigger story. The 2013 report was the third such effort. Produced in-house, it took the form of an online calendar that recognized something significant that happened during each 24-hour period.

Warby Parker called out not only successes (its new commercial) but slipups (shipping errors) and quirky facts (that day three employees coincidentally wore a “weird shade” of yellow to work). Taken as a whole, the report tells a larger story of the company’s culture, people, customers and values.

Why it works: Annual reports generally underscore only the best bits of a business–the parts that show the company in the best light–and hide the bad stuff in the small print. Warby Parker chose a different approach: Highlighting in an original, accessible way its more human, sometimes vulnerable, yet wholly relatable side.

By the way, if this sounds overly ambitious: Consider that following the release of its first annual report, Warby Parker experienced record sales days, according to Ad Age. How many annual reports actually drive sales?

Idea you can steal: What are you doing already that you could reimagine, with more originality, to more broadly reflect your unique story?

To write is human, to communicate is divine... Having mastered the art of brand story telling, I have come to realise that it's not just about what story I tell, but how I do the telling to drive engagement and boost sales.

How To Be More Creative: Tips From An Agency

Mobile Advertising Is The Future